Very short devlog, content-wise, so I decided to add a couple words of what's going on in my mind right now.

Hello everybody, this time the devlog will be very very very skinny when coming to code-savvy stuff.

Because I haven't been coding much, simple as that. But let's dive in and see what happened this month (I don't foresee much going on in the next 10 days, and I'll eventually update this post if necessary):

What I've been doing for most of the time is... Drawing. 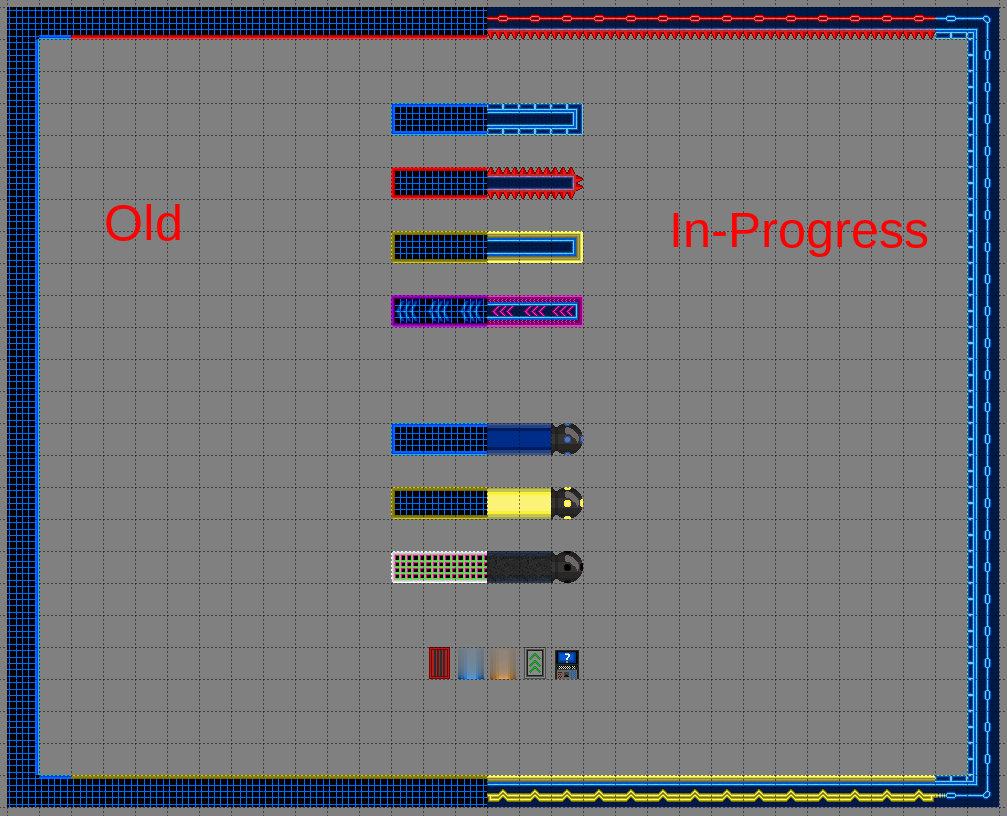 Yes, It's that time where the graphics of the game need a bit more of care. I'm hand-drawing all the 32x32 pixels tiles so that the levels look a little better and less amateur.

The basis of the tiles is a blue-on-blue grid, which doesn't align between tiles for now, but will be taken care of when I have all the tiles ready and ordered, for now everything looks promising.

Hopefully the new graphics will add a little more variety to the game and make it a lot more enjoyable the what it is now.

Soon enough I should be able to work on the backgrounds too, using an open-source pixel art too called "Aseprite" which you can see at its official website

The devlog is over, but I wanted to throw here a couple of thoughts that many times go around my head, as a way to possibly calm them down.

It has been 10 months since I started this project, and besides the crawling speed this project has been going on, I notice more and more how the Videogame market is saturated, if not even oversaturated. It feels like there is no space for a project like Glitch_Heaven, my first serious project in the Videogame development field, trying to bring some twist and an interesting story in a known set of mechanics as a platform-runner game is. This game is the work of a single person, besides the story, where I got some help from a dear friend.

The code, the graphics, the basic idea, it's all something that came out of my mind, and I have my very very strong limitations, I'm not amazing at drawing pixel art, nor I'm great at composing music, and I'll have to compose my own video game music when the time comes; then there are technical limitations given by the SDL implementation I'm using, my very scarce experience in some fields of coding and game development.

At this point, I start asking myself if this all is worth the effort.

Rant over, thanks for being patient.

See you all at the next post, or next month's devlog!